This story is part of Home Tips, CNET’s collection of practical advice for getting the most out of your home, inside and out.

I’d bet that headline made you do a double-take. I mean, what kind of strange person has an Amazon device in every room? Well, call me strange — but don’t judge before you hear me out, because there are so many neat tricks you can do with that unused Echo Dot stuffed in a forgotten drawer or that Amazon Echo speaker that’s slowly getting dusty in the corner of your living room.

I had two Echo Dots — both white third-gen models that I’d since replaced with the better-sounding fourth-gen “orbs.” But those old hockey pucks still rock, especially when paired with my black Echo Show 8, so I dug them out and found homes for both of them. One third-gen Dot went in my half-bath, the other in my upstairs hallway — bringing my menagerie of Alexa devices up to a whopping 11 smart speakers and smart displays. That means I now have one Alexa speaker or display every few feet throughout my home.

Is that overkill? Yeah, you could say that. Should you still put an Alexa device in your bedroom and bathroom and garage (you get the gist!) anyway? Well, absolutely. Once you do, you’ll wonder why you never did it before. That’s because there are some unique advantages to keeping a houseful of Alexa devices.

Here’s all of the neat tricks you can implement with those Amazon gadgets you already have lying around, plus some tips on how to keep everything in order. And if you’re itching to purchase some new Echo devices, Amazon is hosting an event next week to unveil new products and services. (You could always check out the best Alexa devices, the best cheap Alexa devices and the best smart displays already on the market, too).

Read more: The Real Cost of Setting Up an Amazon Smart Home

Why so many Alexa devices? Because more is better

Some Alexa features just work better the more Amazon Echo speakers and displays you have set up in your home. For example, if you’ve never experienced whole-house audio before, it’s a surprisingly dazzling experience — even if most of your speakers are Echo Dots (and even if you don’t have an Amazon Echo Subwoofer). On days when you’re moving a lot from room to room — cleaning the house, say, or hosting a get-together — it’s remarkable how neat it is to have music playing everywhere you go.

But there are other nifty ways to use a houseful of Alexas, too. Besides multiroom music, here are some of my other faves:

Announcements: Say, “Alexa, announce dinner is ready,” or, “announce that it’s bedtime,” and check out what happens (Alexa adds some audio “color” to the message).

Drop In: You can have an intercomlike conversation with someone in a specific room — “Alexa, drop in on the kitchen” — or with the whole house at once — “drop in everywhere.”

But before you get started on any of this, the first thing you’ll want to rein in is all those Echo devices that could mistakenly respond to you (up next).

Assign wake words other than ‘Alexa’

If you’re like me and have multiple Echo devices in the same area, then you already know how annoying it can be to yell, “Alexa!” and have every device compete for your attention. If you have two or more devices in the same vicinity, then it’s best to give each one its own wake word.

For example, I have an Echo Show in my kitchen and an Echo Dot in the living room just a few feet away. I use the Dot mostly to play music, not necessarily to listen for commands. I gave that speaker (and other speakers I just use for audio) a wake word other than “Alexa.”

While Amazon’s traditional options for calling up your voice assistant are Alexa, Computer, Amazon and Echo, there are several newer wake word additions you can use like Ziggy and Hey, Disney. Unfortunately, you can’t give it a name other than these, so you’ll have to hold off calling your device “Buddy” or something else unique.

Here’s how to change the wake word on individual devices:

3. Tap the name of the device with the wake word you want to change. You’ll have to change each device’s wake word separately.

4. Select the Settings icon in the top right-hand corner then scroll down and tap Wake Word.

5. Pick a wake word other than Alexa (see above for your options).

6. Tap OK when a pop-up lets you know it might take a few minutes to change over, then either back out of that menu or close the app.

You can also change the wake word with voice commands, too. Simply say, “Alexa, change your wake word.” Alexa will prompt you to pick from the list of offered wake words. Then select whichever word you want.

Now you’re all set! And you can always go back and change the wake word at any point.

Read more: All Amazon Echo Wake Words That Aren’t Alexa — and What They Do

If you’ve got two identical devices (or functionally identical — the same-generation Echo Dot, Echo Dot with Clock and Echo Kids are all interchangeable in this  sense) you can pair them so that audio is divided into left and right channels, like a bona fide stereo system. That pair will then appear as a single speaker in the Alexa app when directing audio in a routine or creating an even bigger set of speakers (more on that shortly).

Before you set this up, make sure both speakers are in the same virtual “room” in your Alexa app and that both are on the same network. Then, do this:

1. Open the Alexa app, tap Devices on the bottom menu bar, then tap the plus sign (+) in the upper right corner.

2. Tap Combine speakers, then tap Stereo pair / subwoofer. Tap one of the speakers you want to use, then the app will highlight compatible speaker options — tap one, then tap Next.

3. The app will assign the right channel to one and the left channel to the other, but you can tap Swap Speakers to toggle the options, then tap Next.

4. Name your new stereo pair (I usually stick with the name of the room, such as “Master Bedroom”).

Alexa gets new features to make it a better listener

Multiroom audio works similarly, but without the stereo separation. Also, you can combine unalike speakers, and previously paired stereo pairs, as many of them as you wish. And, again, the speakers don’t have to be in different rooms. Here’s how to do it:

1. Open the Alexa app, tap Devices on the bottom menu bar, then tap the plus sign (+) in the upper right corner.

2. Tap Combine speakers, then tap Multi-room music. Tap all of the speakers you want to include in the group, then tap Next.

3. The app will assign the right channel to one and the left channel to the other, but you can tap Swap Speakers to toggle the options, then tap Next.

4. Either choose a name from the list or type your own custom name at the bottom, then tap Save.

With all of these Echo devices scattered around your home, you’re probably wondering: Is Alexa always listening? It’s a good question considering no one wants Alexa to be privy to our confidential conversations.

Echo devices have raised plenty of privacy concerns. Even though they’re only recording and transmitting audio to Amazon’s cloud when the blue light activates, it’s widely known that Echo devices can be activated without you knowing it if one of them hears something similar to its wake word (for instance, if you say something like “election” or “I’d like some” instead of “Alexa”). It’s also worth understanding that Amazon employees can listen to your Alexa conversations if you don’t take certain precautions.

Luckily, there are settings and other hacks to keep Amazon out of your business.

For one, you can unplug the device or turn the mic off by pressing the microphone’s mute button to make sure Alexa isn’t always listening. You can also update the settings to delete your Amazon voice transcripts immediately so they can’t be reviewed by Amazon employees. You can read our full rundown of privacy tips here.

For more cool Alexa tricks, take a look at six useful Amazon Echo tips you’ll want to use every day, some funny things you can ask Alexa and a few more commands you can try tonight. 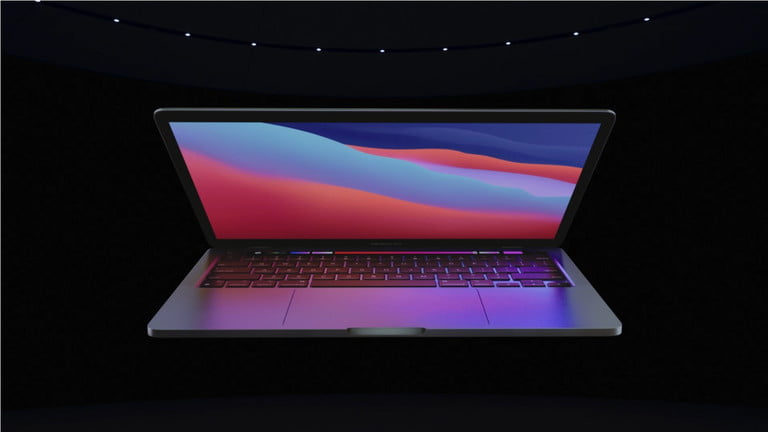 The best MacBook in 2022 | Digital Trends