NASA’s deep-space exploration robots are marvels of engineering that are often built to last. You have the Voyager probes, at the end of the solar system, still operating decades after launch. The Parker Solar Probe, dancing around the sun, sports an epic heat shield that’ll keep it operating for years. And Lucy, though it has had some issues, is on a mission to visit a handful of space rocks over the next 12 years.

Then you have DART.

DART (Double Asteroid Redirection Test) isn’t destined for decades of solar system science. The spacecraft launched in November 2021 and, by this week, it will be no more.

DART is NASA’s test run of a planetary defense system intended to nudge incoming asteroids away from Earth — by literally smashing spacecraft into them.

Asteroids, which range in size from refrigerators to automobiles, collide with our planet more often than you might think. Thankfully, they aren’t too menacing because most of the rock burns up in Earth’s atmosphere. But nearly 66 million years ago, as you may recall, dinosaurs were wiped out by a massive space rock by the name of Chicxulub.

The DART mission’s objective is simple: NASA wants to understand if we can crash into an asteroid to prevent such a calamity from also wiping out humans.

As a proof of principle, on Monday, Sept. 26, the spacecraft will strike a little asteroid called Dimorphos that’s orbiting a larger asteroid, Didymos. the DART spacecraft is poised to autonomously navigate toward and collide with Dimorphos when it’s about 7 million miles from Earth — its closest point to Earth. The target asteroid is about as big as the Washington Monument is tall, and on impact, the team behind DART hopes that the rock’s trajectory and speed will be altered.

This particular floating rock doesn’t pose a threat to our planet. But if DART is successful at knocking Dimorphos slightly off course, we’ll know we may have a workable tactic for one day fending off asteroids that are actually dangerous.

Here’s how to watch live as DART crashes into Dimorphos.

Cruising through our solar system is a grayish space rock about a half mile wide known as Didymos, which, with a gentle gravitational pull, keeps a companion asteroid on a leash. That second, smaller fragment orbiting Didymos is DART’s target: Dimorphos.

Scientists behind DART selected Dimorphos for the test because its orbit around Didymos mimics how potentially threatening near-Earth asteroids orbit around the sun. Asteroids are gravitationally bound to our star, which could put them on a collision course with Earth.

But Dimorphos’ orbit isn’t locked to Earth or the sun but rather to Didymos. This makes it a perfect testing ground for NASA. They can try to crash DART into the tiny rock and see how that changes its orbit around its larger companion.

NASA predicts the crash will be strong enough to adjust Dimorphos’ orbital period by a few minutes. Calculations show the impact will bring Dimorphos closer to Didymos.

The take-home message is that this is a technology demonstration — a way for NASA to get valuable data on how we may one day deflect a super scary asteroid that’s on a collision course with Earth. The scientists behind the mission want to learn just how much we can affect asteroid orbits with a spacecraft crash that barely nudges the rock.

“Mostly, what we’re looking to do is change the speed of the incoming object by a centimeter per second or so. That’s not very fast, but if you do it enough seconds in advance, you can cause it to miss the Earth entirely,” according to the mission overview by Johns Hopkins University’s Applied Physics Laboratory.

This approach — one of many ideas for saving humanity from asteroids — is known as “deflection by kinetic impactor.” According to the team, this is the first time the method will be employed intergalactically.

“This technique is thought to be the most technologically mature approach for mitigating a potentially hazardous asteroid,” NASA’s planetary defense officer, Lindley Johnson, said in a statement. “It will help planetary defense experts refine asteroid kinetic impactor computer models, giving insight into how we could deflect potentially dangerous near-Earth objects in the future.”

The way it works is pretty intuitive.

Quick, throw something at it!

Let’s say your buddy is riding a skateboard extremely fast and is headed toward your dog. One (chaotic) way for you to save your dog is to run into your skateboarding friend. When you collide with your friend, the energy you’ve built up changes their direction and lowers their speed. You’ve just become a kinetic impactor, designed to throw your skateboarding buddy off-course and save your dog.

DART works in a similar way, but it’s not trying to protect any canines, it’s just trying to knock the skateboarder off course. The spacecraft, which is about the size of a school bus, will fly into Dimorphos at a speed of about 4.1 miles per second. That’s roughly 14,760 miles per hour (23,760 kilometers per hour).

On impact, NASA says, the small asteroid’s, or moonlet’s, orbital speed should change by a fraction of a percent, which leads to an orbital period that’s several minutes slower.

Though Dimorphos poses no threat to Earth, Earth-based telescopes can easily catalog the bump’s effects, because at just 7 million miles away, the impact is close enough for scientists to observe any changes in the rock’s orbit around its companion. That’ll help scientists perfect future planetary defense weapons based on valuable information retrieved from DART’s prototype.

DART is rather simple. It’s a relatively inexpensive metal box with two roll-out, extendible solar arrays for power, a single camera and a smaller satellite, or CubeSat, that’ll be deployed right before impact. The limited number of tools makes sense, as the spacecraft is doomed to die in a suicide mission.

Here are some specifics about the DART spacecraft:

While DART’s spacecraft payload is hyper-minimal, the team’s programming behind the course is highly advanced. That’s because the brave little craft is going to behave autonomously throughout the mission.

Until the end, DART

The spacecraft’s tools may be few, but they’re key. The Didymos Reconnaissance and Asteroid Camera for Optical navigation, or DRACO, device is an ultra-high-resolution camera that can measure the size, shape and geologic composition of asteroids in its vicinity.

DART also has a metal-oxide semiconductor and image processor that’ll help the spacecraft determine the precise positioning of Dimorphos and stream information back to Earth in real time by way of an antenna attached to the machine.

In addition, DART will be armed with a navigational toolkit with state-of-the-art directional coding, including the star tracker, which is my personal favorite NASA tool, to ensure it hits Dimorphos at exactly the right moment — ding, ding: the 7 million miles (11 million kilometers) checkpoint. Ten days before DART smacks into its target, it’ll send its CubeSat out. That offshoot will preserve the kinetic impact’s chronicle long after DART turns to rubble.

DART will perform its duty right up until the end. NASA hopes to catch the collision’s juicy details before, during and after impact, so “in its final moments,” the Johns Hopkins University overview says, “DART’s DRACO camera will help characterize the impact site by providing high-resolution, scientific images of the surface of Dimorphos.”

This piece was originally posted when DART launched in November 2021. 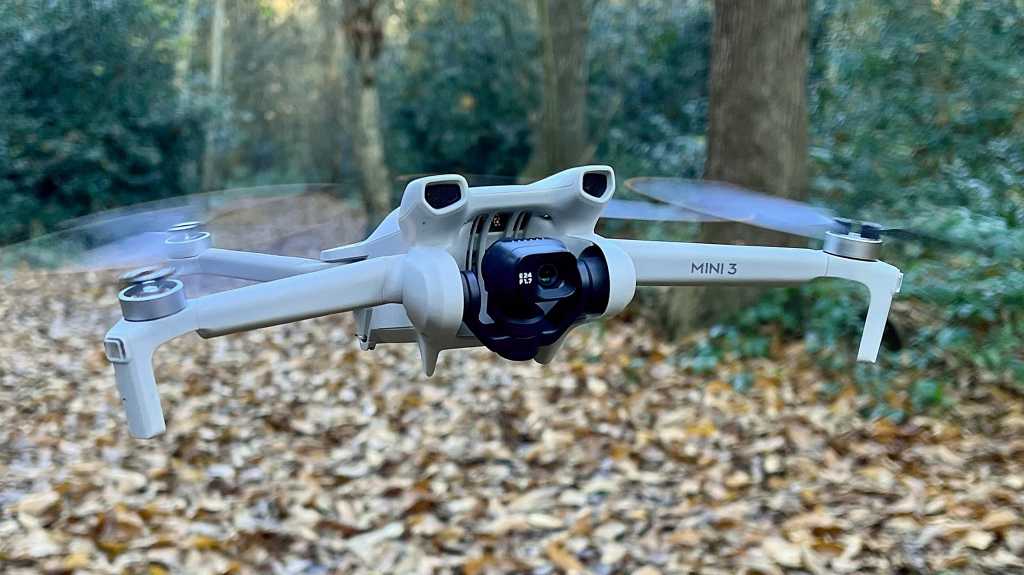 DJI launches the Mini 3: a cheaper version of the Mini 3 Pro 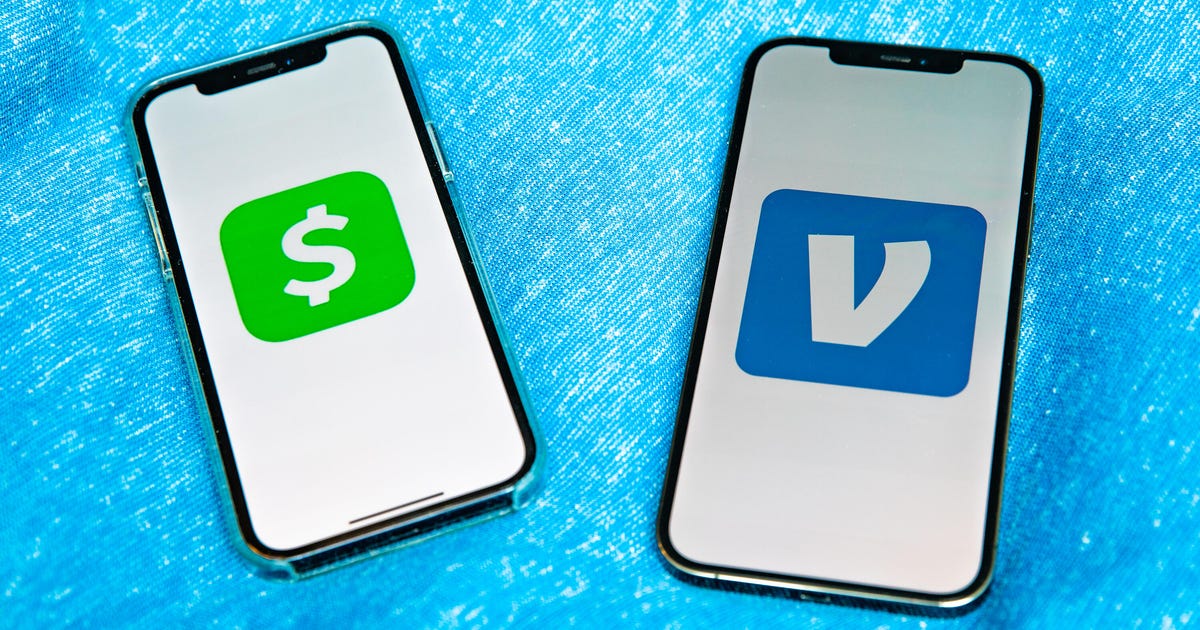 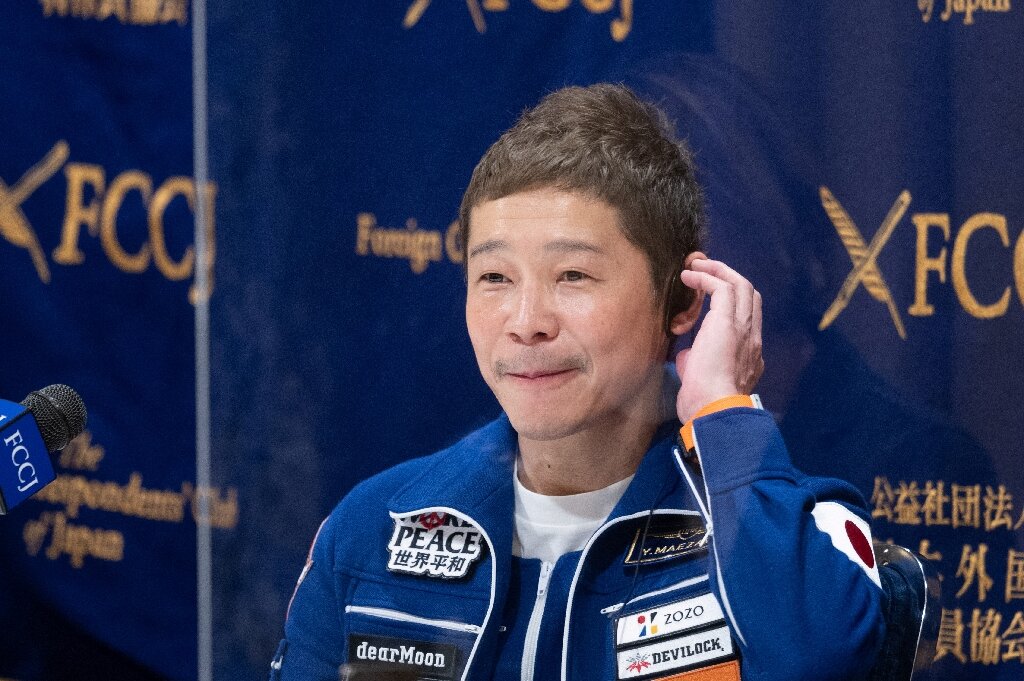