When this year’s Game Awards nominations were first revealed, the Best Narrative category sparked a bit of discourse. Nominees included giant games you’d expect like God of War Ragnarok, but one pick stood out: Elden Ring. Some were left scratching their heads considering that story isn’t front and center in the fantasy epic, while others defended the choice citing the game’s deep lore and worldbuilding.

There’s a specific reason that the moment was so divisive, though: 2022 was filled with experiences that raised the bar for video game storytelling. Elden Ring’s inclusion almost felt like it was doing a disservice to an excellent year for game narratives, taking a spot from other (often smaller) titles that built equally rich worlds while still having something profound to say about our own.

If you’re the kind of person who values games that aim to communicate something to players, there’s a wealth of excellent titles worth revisiting this year. From meditations on the cost of creative institutions to all-too-relevant takedowns of big tech billionaires, these were the video game narratives that left us reflecting on our own worlds in 2022.

Immortality is a deconstructed mystery game sporting one of this year’s most affecting stories. In it, players must discover what happened to a long-lost film actress named Marissa Marcel by looking through footage of three unreleased films she starred in. On its surface alone, it’s an engrossing mystery that weaves together several threads. There’s Marissa’s story, the narratives of the three films themselves, and a terrifying additional layer that brings everything together in harrowing fashion. It’s a complex box of puzzle pieces that doesn’t tell players how they’re supposed to piece them together.

The FMV game has a lot to say about the act of creation, which was the source of some pushback when it launched to glowing reviews. Some players disagreed with its philosophy on art, feeling that it was too cynical on the subject. However, Immortality’s message is more nuanced than it seems at its onset. It’s less a critique of art itself and more a searing examination of the institutions that exploit creative passion. The Hollywood system is in its crosshairs, but so are consumers who see actors as nothing more than an empty vessel to inhabit. The art itself is beautiful; it’s the industry around it that deserves scrutiny.

When I first started Pentiment, I figured I’d only play it for an hour before getting exhausted by its mass of text. 12 hours later, I was a heap on my living room floor. The historical RPG tells the story of a fictional European village called Tassing. It’s a quiet town until Andreas, a 16th-century journeyman, comes to town. Soon, he becomes the detective in a murder mystery that has him investigating everything from local politics to the town’s church. I assumed the game would end as soon as I solved its murder, telling me if I was right or wrong. It didn’t. Instead, I flashed forward in time, with my decisions leaving a direct mark on the town.

What’s incredible about Pentiment is that its story unfolds over several decades. Each decision Andreas makes has a very tangible impact on Tassing’s history that ripples through the end. That culminates in an emotional final act where players are simply tasked with painting a mural that will immortalize Tassing’s legacy permanently. Pentiment’s narrative is so effective because it never feels like it’s set in stone until that moment. There are no right or wrong decisions on the journey; every choice is an important turning point that can change the world.

When I played Horizon Forbidden West in February, I walked away impressed by its teeth. I’m used to massive AAA releases flirting with social issues but walk a little cautiously so as not to say anything too divisive. So I was stunned the deeper I got into the action-adventure game as it appeared to take direct potshots at real-world tech billionaires like Jeff Bezos. That searing takedown would only become more relevant as the year went on thanks to a certain Twitter CEO.

Midway through the journey, Aloy discovers a group of mysterious spacemen dubbed the Zeniths. She learns that this group is a collective of wealthy elites who fled Earth via rocket before its collapse. They’ve now returned with the intention of destroying it entirely so they can colonize it in their image. It’s a pointed critique of the way the ultra-rich see our universe, and the beings in it, as their personal playthings. And considering that we’re currently watching as the world’s most important communication platform is being treated as a $44 billion toy, I’d say Horizon Forbidden West had its finger on the pulse of society more than any game this year.

I Was a Teenage Exocolonist

When I Was a Teenage Exocolonist begins, I’m a blank slate. As a 10-year-old child who’s just landed on an alien planet, I don’t have any life experiences that have shaped my development. That quickly begins to change as I interact with other kids, take classes, and sneak out to explore the unknown depths of the planet I’m colonizing. I end the game as a completely different person, a 20-year-old adult who has been molded by each memory I’ve absorbed over those 10 years.

The story of the narrative RPG is particularly special because it’s an entirely personal one that’s reflected in its actual systems. How I choose to spend a day will ultimately determine a set of stats, building personality traits that’ll completely alter how I handle experiences. Each significant memory becomes immortalized as a card, which is folded into a deck that represents my life. The story itself is engrossing, building out the complicated politics of an emerging society, but it’s the way my life is laid out visually in deckbuilding and RPG gameplay that makes me feel like I’ve watched a child evolve into a full-grown adult.

Norco is a sprawling sci-fi epic in point-and-click form. Set in a dystopian version of South Louisiana, the story begins simply enough as players set out to discover their missing brother, Blake. A simple missing person’s case quickly balloons into something much bigger taking place through the industrialized swamplands. By the end of the five-hour adventure, players uncover a complicated war between political and corporate interests that intersects with technology, cults, and so much more.

The true tragedy of Norco is its personal family drama, which is smothered by that noise. The main character’s family has been entirely fractured by the world around them, reduced to pawns in power struggles that they aren’t part of. The more you try to untangle it, the less personal it all becomes. It’s a deeply affecting drama that explores how the buzz of our modern world pulls our humanity away from us.

I had never played a Monkey Island game prior to this year’s Return to Monkey Island. I knew the general gist of them, as I’d played other point-and-click titles of its era, but the series has always been an alluring mystery. What exactly was the famed secret of Monkey Island? Even without any context, I needed to know.

Return to Monkey Island answers that question, but raises a better one in the process: Do you really want to know? The story of famed pirate Guybrush Threepwood finally chasing down his white whale begins as a light-hearted adventure full of slapstick humor and callback jokes, but it builds to something more sobering. It’s a quiet moment of self-reflection for the series’ original creators, questioning the true legacy of the stories we love.

The Case of the Golden Idol

The Case of the Golden Idol’s mysterious story is broken into pieces, literally. The point-and-click deduction game drops players into a murder scene and asks them to piece together who killed who by clicking around for clues. Any leads become words in an inventory that are used to fill out a Mad Libs-style crime report. Like Return of the Obra Dinn, it’s a narrative puzzle game that gives players all the tools they need to unearth a conspiracy out of nothing.

Though what’s especially captivating is where that story goes. At first, the crimes on display feel loosely connected. It’s clear that there’s a lot of fighting over a golden idol, but other details seem disparate. There are masked cultists, political tensions, and personal squabbles weaved throughout the adventure. All of those threads come together in a final crescendo as the story caps off with a biting political satire, painting a picture of an authoritarian regime that’s quite literally stealing entire lives. 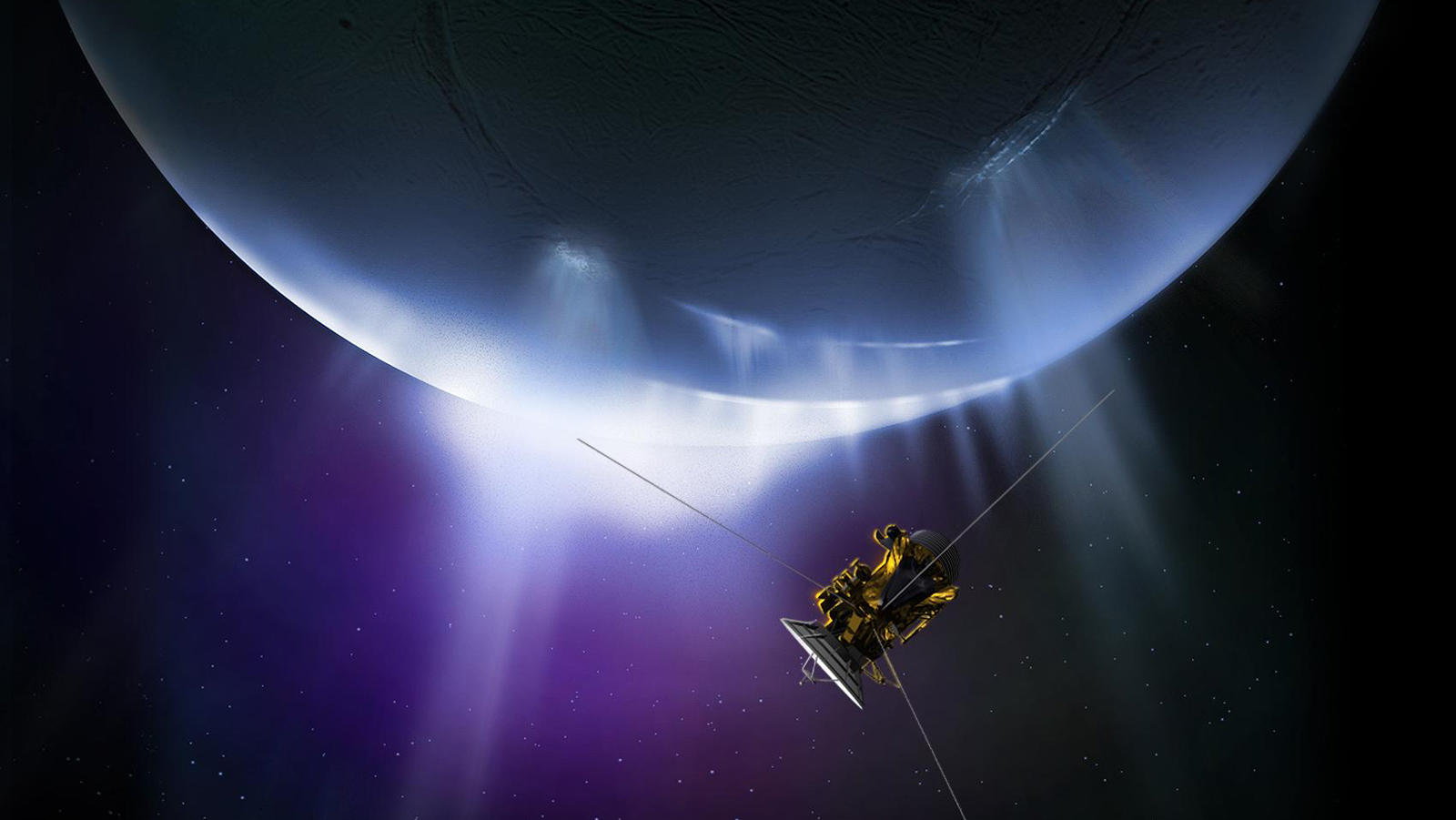 Is There Life on Saturn’s Icy Moon Enceladus? A Future Space Mission Could Provide Answers 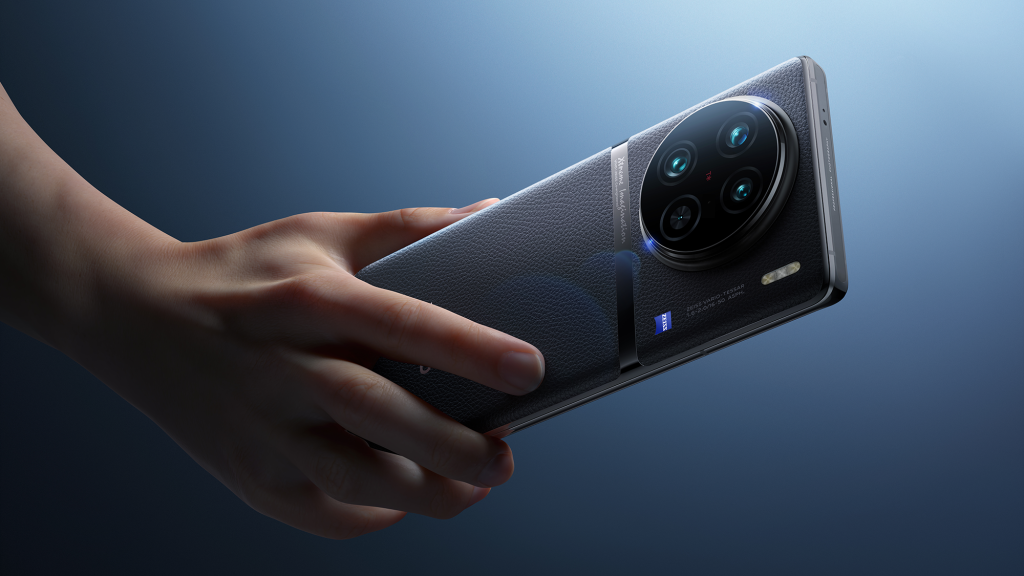