• US Government has never defaulted on its debt obligations.

A history lesson: In June 1812, 30 years after the Revolutionary War, the U.S. declared war against Britain and Spain. In August 1814, British troops burned Washington, D.C. With the Treasury building destroyed, Uncle Sam was unable to service its debts for months. Extraordinary circumstance it may be, this was a default, nonetheless.

In 2011, the federal government inched close to its $14.294 trillion debt limit. In April, the Standard & Poor’s responded by changing the outlook of US sovereignty debts from “stable” to “negative”. On August 5, 2011, S&P downgraded US credit ratings from AAA (outstanding) to AA+ (excellent). Moody’s and Fitch retained the triple-A ratings. However, they changed the US outlook to “negative”, in June and November, respectively.

What happened next blew our mind. U.S. treasury bonds, the very subject of the downgrade, rose in price! Amid the worsening creditworthiness of the US government, the US dollar gained in value against the Euro and the British Pound.

This is a classic example of a general flight to safety. “When America sneezes, the world catches a cold”. Deteriorating financial conditions in the US triggers more severe economic crisis in the rest of the world. At the time, investors were concerned about a European debt crisis, and they pulled money out of Europe and into US dollar and bonds.

The US Debt Ceiling

Per the definition by the US Department of Treasury, the debt limit is the total amount of money that the United States government is authorized to borrow to meet its existing legal obligations, including Social Security and Medicare benefits, military salaries, interest on the national debt, tax refunds, and other payments.

The debt limit, also called the debt ceiling, does not authorize new spending commitments. It simply allows the government to finance existing legal obligations that Congresses and presidents of both parties have made in the past.

Failing to increase the debt limit would have catastrophic economic consequences. It would cause the government to default on its legal obligations. That would precipitate another financial crisis and threaten the jobs and savings of everyday Americans.

Last Thursday, in a letter addressed to House Speaker Kevin McCarthy, Treasury Secretary Janet Yellen warned the US has once again reached its debt limit.

The Treasury Department started taking extraordinary measures to keep paying the federal government’s bills , but it will suspend new investments until June 5, 2023. Yellen warned both moves are subject to “considerable uncertainty” if Congress does not pass a bill to increase the debt ceiling.

Highlights of current US government financials, according to USDebtClock.org:

A comparison to data from my previous report, “The Real Cost of Fed Rate Hikes”, shows big spending just gets bigger in merely six months:

It’s worth noting that the Fed hiked interest rates and the Treasury got stuck with bigger interest payments. It’s like a boomerang hitting back at the US government.

As I have expected, “Debt Interest” could overtake “Defense” as the third largest budget item. This could happen in the new annual budget cycle starting October, as Treasury gradually retires cheap bonds and must borrow at much higher rates.

A Public Showdown on the US Debt Ceiling

The White House urged Congress to raise the debt ceiling “without condition.”

House Republicans, emboldened by their recent majority party control, are preparing for a hard fight. “You couldn’t just keep increasing it,” said House Speaker Kevin McCarthy. He called for cuts to avoid bankrupting programs like Medicare and Social Security.

GOP lawmakers want to slash spending as part of an agreement to increase the debt limit. Some have said major spending cuts to key government programs were part of the negotiations that helped McCarthy win the speakership.

Excluding the rare 1814 precedent, the U.S. government has not defaulted on its debt. However, the debt ceiling has been raised 22 times from 1997 to 2022. Concessions sought by the new Republican House majority have led to concerns that Congress could have trouble raising the debt ceiling before June.

Secretary Yellen’s early June deadline is an educated guess at best. Billions of dollars go in and out of the Treasury coffer daily. While many variables affect the government balance sheet , the biggest unknown is: How much will the government receive by April 15th?

I think that the government default is closer than it appears, as Uncle Sam may get a smaller tax revenue this year. Please hear me out.

An average investor might have lost 20% or more in her stock portfolio last year. A rational investor would sell the losing stocks at the year end to claim tax loss.

If Sherri claims all the capital loss in one year from her annual taxable income, her new tax bill will be $9,916, a reduction of $3,300.

If more and more investors are doing the same thing, Uncle Sam may find a short fall in personal tax income in the tune of hundreds of billions of dollars.

The prospect of corporate income tax revenue is not much rosier. US companies were met by high inflation , high labor cost, high energy bill and higher borrowing cost last year. All would hit the bottom-line, resulting a smaller tax bill.

This dark picture may actually bring in opportunities for event-driven trading strategies. First, we could use a Game Theory Matrix to analyze the situation.

In summary:
• Republicans and Democrats each have two options: to fight or to talk;
• If they fight hard and are not willing to compromise, the debt ceiling could not be raised, and the US would default on its debt obligations;
• If one party compromises first, it will bring the other party to the negotiation table;
• If both parties are engaged in serious talk, they may reach a compromise and an agreement on a new debt limit;
• There will be many rounds of negotiations. The talk may not necessarily be successful. It could break down at the end, leading to a default.

In my opinion, a US default is no longer unthinkable. The Republicans have good reasons to carry through their threats if they could not get the compromises they seek for. After all, the blame will mainly fall on to the Biden Administration. If a US default is what it takes to bring the country back to fiscal responsibility, so be it.

Taking the 2011 S&P downgrade as a guide, a US default could push T-bonds up and global stock markets down. Euro and Pound could depreciate against the dollar.

In retrospect, I found that the rounds of fight and talk offer more trading opportunities. Each move could send shocks and ripples through the financial systems.

In Long Strangle options strategy on CBOT Wheat last June, we recognized that the Russia-Ukraine conflict moved the wheat market with battleground actions, not one time but by multiple actions.

CBOT 10-Year T-Note (ZN), CME E-Mini S&P 500 (ES) and CME Euro FX (6E) are possible instruments to apply this strategy. When the odds of default and new debt ceiling are both reasonably large, Strangle Options may be applicable.

I would consider setting up out-of-the-money calls and OTM puts on the June futures contracts in March. It works the same way on either ZN, ES or 6E.

Debt ceiling negotiations will pick up pace after the April 15th tax date. I expect a lot of market-moving breaking news in April and May. When you hold both calls and puts, you may find that regardless of whether the negotiations advance or break down, one of your positions will gain in value.

*Trade ideas cited above are for illustration only, as an integral part of a case study to demonstrate the fundamental concepts in risk management under the market scenarios being discussed. They shall not be construed as investment recommendations or advice. Nor are they used to promote any specific products, or services.

CME Real-time Market Data help identify trade set-ups and express my market views. If you have futures in your trading portfolio, check out on CME Group data plans in TradingView that suit your trading needs https://www.tradingview.com/gopro/#compa…

Researchers identify neurons that 'learn' to smell a threat 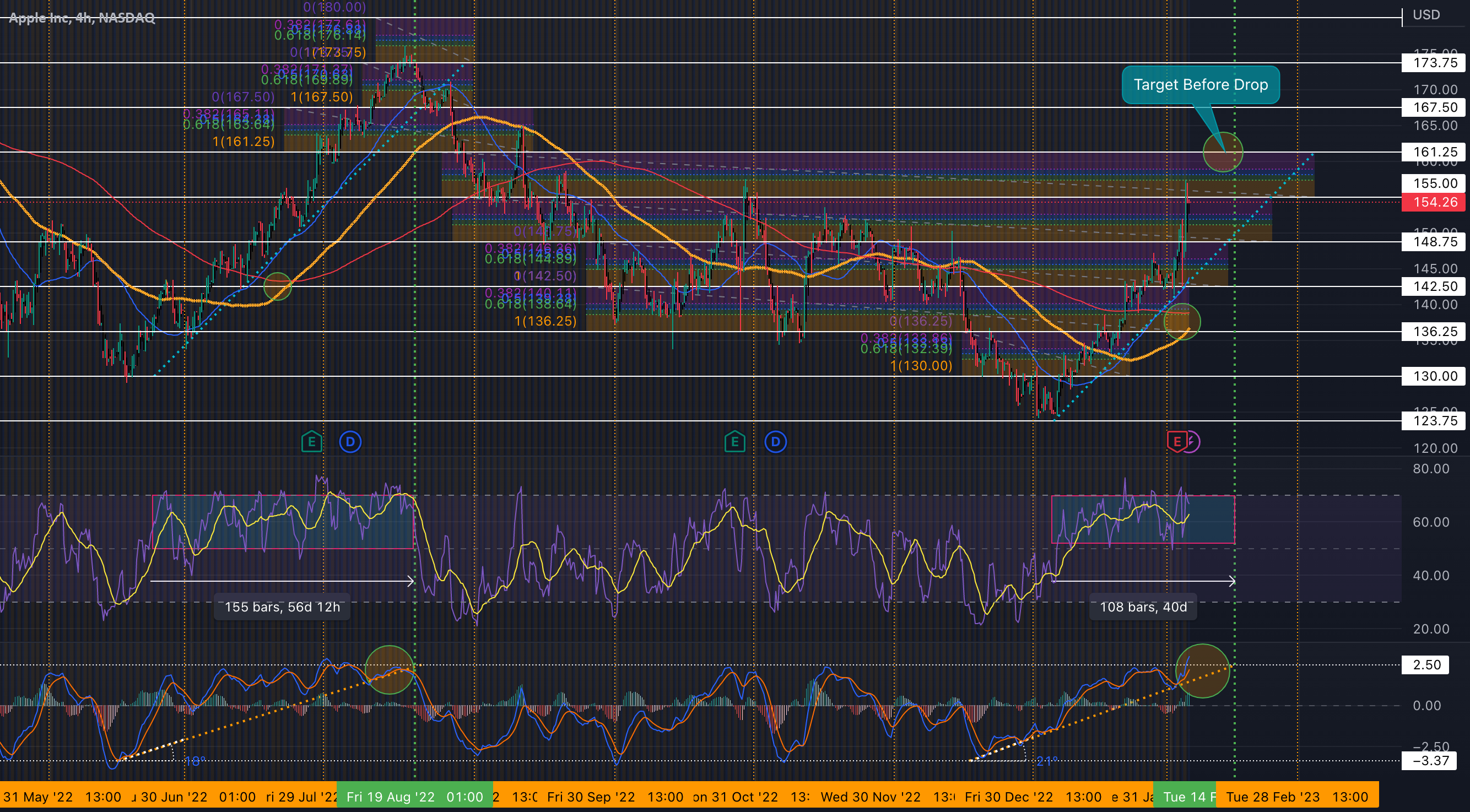 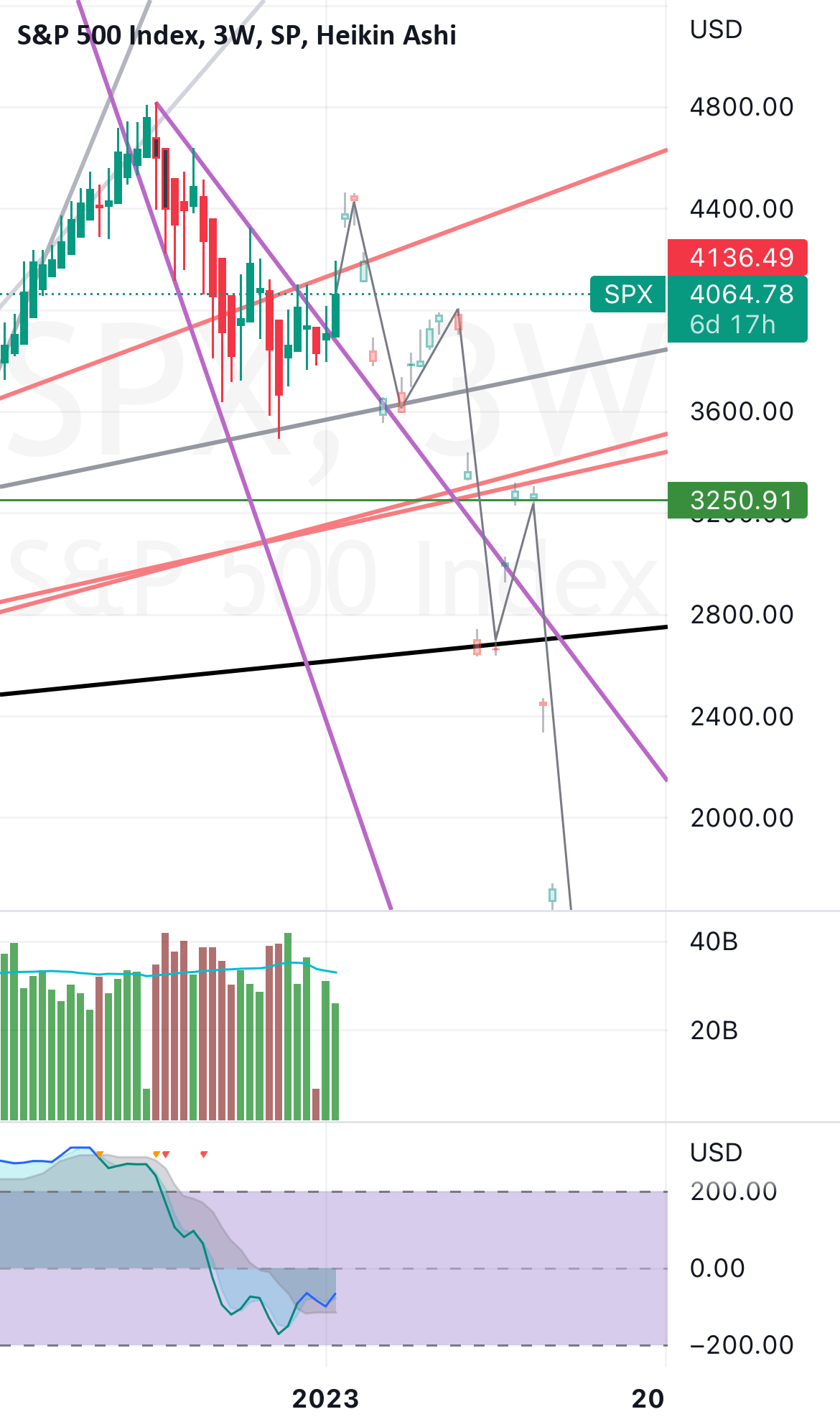 Best advice for achieving success in trading!✅ for COINBASE:BTCUSD by TradingEdgeHQ